Fiction / Humanities for the Unbound Mind / My Bookshelf

Book Review ~ What is a Quest?

The Quest by Nelson DeMille. Available for under $10.00

This weekend I admittedly faced the need for recharging. Sometimes you get so wrapped up in meeting deadline after deadline and solving all the issues, great and small in life, that you suddenly find yourself walking on thin air. With no certain knowledge that you can fly. It was, perhaps, an excellent place from which to venture into Nelson DeMille’s The Quest.

Nelson DeMille is, to me, a consummate storyteller. He will often drag me off into the worlds he creates until I reach the end, and then I linger there for days. Wondering about the characters, what they would be doing, or how they would respond to one or more scenarios in life as I know it. The Quest is a rewrite of a novel that DeMille wrote in 1975 when he was still an obscure unknown. The manuscript doubled in size. There are no wasted words.

The tale is a modern quest for the Holy Grail. The story is constructed around a fictional legend that the Knights of the Round Table did indeed find the Grail and two of them sailed off to Jerusalem to return it to its home. As the Islamic conquest moved south, so did the Grail. Eventually is was secreted away deep in the jungles of that mysterious land of ancient Jews and Coptic Christians; Ethiopia. There are many legends that the Queen of Sheba was Ethiopian and that her time with Solomon produced an heir to the throne of David. DeMille uses the Ethiopian revolution and civil wars of the mid 70s to form the backdrop to the story.

This part of Africa is a wellspring of ancient legends and traditions going back thousands of years. The royal house that was destroyed by the rebels in 1974 had been in existence for 3,000 years. There are several Jewish populations within Africa, some dating back nearly 3,000 years. These include the Beta Israel of Ethiopia (connected to the Davidic line) and the Lemba. The Coptic Church grew from the Christian population of the early first century which developed in Northern Egypt (which is how it gets its name). This part of the story is historical.

Beyond these points, the lines begin to blur and DeMille takes us on an Indiana Jones adventure with far more serious consequences. It is complete with beautiful ladies, brave heroes and despicable villains. Unlike Indiana Jones, the story goes beyond the historical value of finding such a true relic. It explores, at least for me, the nature of a quest.

As I traveled with Vivian, Frank and Henry in Ethiopia and in Rome, it became apparent that although the story line drew the three of them into the Quest together, the author used each personality to differently define “quest.” A definition that changed, sometimes daily, for each participant. What they learn about themselves and their fellow travelers is, indeed, an integral part of that Quest.

That is what the hero’s journey is. The ultimate character arc. The discovery of self and how the object of the search, or its interpretation, affects the way we see the world the morning after. In a discussion about motives and how far a vision can or cannot take the human spirit, I once asked someone, “what are you willing to die for?” It may not be a thing, a place, or a person. It may be something so fundamental to our spirit that without it, well, it really isn’t worth going on, is it? When you know what you are willing to die for; you know what you are willing to live for. I think it’s time we all regained a little purpose in our lives. Don’t you?

Urushalon: Getting Along in Spite of Differences 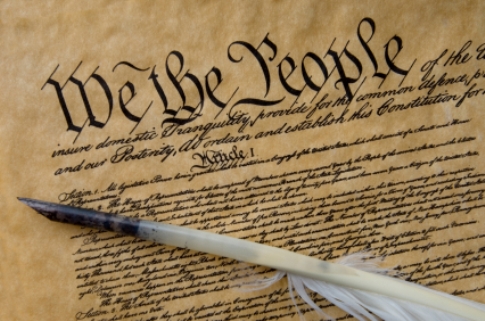 Book Review ~ History Behind the Curtains