Natural Science from the Observation Deck

Spooky “action at a distance”

I am not a scientist. I am an avid reader of science. My husband introduced me to the principles of quantum mechanics and physics some years ago and, in the process, the philosophy of science. Our interaction between his science (and philosophy) and my philosophy shaped the growth of many of my earlier writings. So, it only makes sense to use this forum to introduce those ideas that most fascinate me and that tickle my philosophical bone. As my books reach publication, you will, perhaps, recognize some of these thought patterns in the text.

So lets look at some of the concepts that help us understand just what kind of universe is it that we live in. We will begin with “entanglement,” Einstein’s “spooky action at a distance.”

Wikipedia describes this term thus:  “action at a distance is the idea of direct interaction of two objects that are separated in space with no intermediating agent or mechanism. […]  More generally “action at a distance” describes the break between human intuition, where objects have to touch to interact, and physical theory. The exploration and resolution of this problematic phenomenon led to significant developments in physics, from the concept of a field, to descriptions of quantum entanglement…”

Originally it was thought that entanglement only lasted a brief instant.  In other words, shortly after two pared particles/systems were separated, what happened to one seemed to impact the other. Evidently, when we measured some defining portion of a state (defined simplistically as position and momenta) of one particle/system,  then that portion of the definition of state would be reflected in the distant particle/system. The example used in the below referenced article is that if one person tosses a coin the outcome is purely random. Entanglement is when the results are duplicated exactly by a second person tossing a coin. Later physicists determined that the phenomenon occurred no matter how far apart the particles or the systems were; the activity of one impacted the activity of the other. Now, through the work of a very young physicist, the mathematics are developing that the systems do not even have to be identical to impact each other. This ability to communicate without any overt interaction is at the root of quantum computing. It is also the foundation for a hoped-for encryption process that cannot be cracked for use in banking transactions. It is really amazing stuff. An article recently published by Wired, “Teen Solves Quantum Entanglement Problem” at least attempts to explain the process to us mere mortals.

Of course what interests me is what this theory could mean on a philosophical level. Do we really know the impact of our actions on the universe? Do we understand how the activities in some far distant reach of our home may impact things around us, in us? The further we probe into the mysteries of our universe and our minds, the more interesting the fabric of our existence becomes.

Brian Greene, author of many books on physics and a narrator of a NOVA program on string theory was interviewed by NPR. When asked about the philosophical side of the things he was working on, it was clear that he was non-committal on his religious position. He wasn’t pro or con, he just didn’t think about it. He did, however mention that his brother was a Hindu. Often, Brian would discuss the new and interesting things he was finding in his field with his brother. The response? These things were spoken of millennium ago in the Sanskrit texts. So, “is it something we’ve left behind?”

Book Review ~ The Discipline of Choice

Book Review ~ The World of Seen, But Not Seen 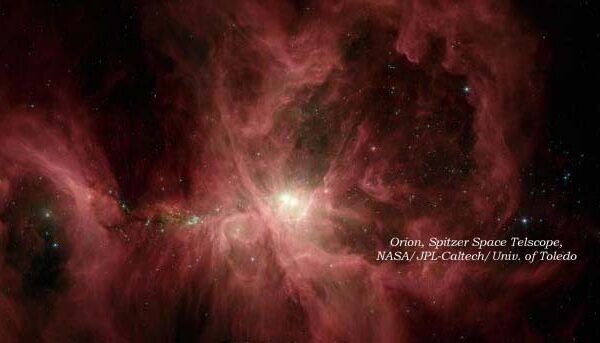