Humanities for the Unbound Mind / My Bookshelf

Although I write because I have read, I also read in order to write better. Consequently, even with pages and pages of notes collected through the years regarding my own developing interpretation of the Book of Job, I still seek more information. Some of that is technical. Meaning I seek out the people who are working on the language of the Old Testament. People who know something about the structure of the oldest version of the text before us. People who know something about the archaeology and anthropology of the time periods involved. This is where I start.

After I have the “setting” of my project I move on to what other people think the lessons might be, or if there is one at all. This is my method in my current work, Redefining Job and the Conundrum of Suffering.  As I move through my draft I have researched the history of theological and philosophical thought regarding this book from the Hebrew canon. Now, I have reached a stage in that research that is leading me through the more modern thinkers, some very well known, some rather obscure. One of the writers I chose to read is a rather popular author and a James A. Gray Distinguished Professor of Religious Studies at the University of North Caroline, Chapel Hill. He is Professor Bart Ehrman and this is not my first experience with his writing. I have always found him informative, easy to read and challenging. He makes me think and I happen to enjoy thinking.

As mentioned, I have read a number of Professor Ehrman’s books and watched several of his lectures. As a scholar he is passionate about his subject matter. Whenever I read or listen to his work I feel like he is taking me on an exploratory journey that will challenge the way I think. I always learn something, even if I disagree. And, sometimes I do.

I sincerely believe that a book such as God’s Problem should be read, and studied. I believe that the questions that Ehrman raises should be confronted and addressed. In fact, some of the questions he raises are the very reasons I am writing my own rendition of just what went on all those centuries ago when in fact or in literature a man stood and demanded an audience with his Maker. Let’s talk a bit about what Ehrman has to say.

Beginning with the prophets of the Hebrew bible, we are reintroduced to the things that we don’t really pay much attention to when we are preparing Sunday School lessons. The Old Testament is a violent and bloody book. The “bad” guys are not always the ones causing murder and mayhem. There are many passages that, unless you choose to bend things in uncomfortable angles, the God of Israel takes direct responsibility for the devastation of people, creatures of all sorts, ecologies and whole countries, if not the entire globe. Too often we write this off as justice (since it came from God) without really considering the innocent lives involved. Many modern day “prophets” use this scenario as an excuse to blame every disaster on someone’s sin – rarely, if ever their own.

Another answer to suffering analyzed in the book is the apocalyptic view. This is the view that here on earth there is suffering and travail because evil powers are being allowed to rule the earth for now. Someday, however, God’s judgment will fall and all evil with be done away with, all suffering will end, and a new world will take form where there is no suffering. In the meantime, it will be hell on earth.

A third interpretation brought out in scripture, and discussed by Ehrman, is that there really isn’t any answer to suffering. In this case we just have to make the best of what is here because there really is no logical, theological or philosophical reason to support why we should suffer. At least not for all suffering. It is certainly reasonable to understand that when we do certain things there is a piper to pay. If we drink and drive, we can injure ourselves and others. If we smoke, we may get cancer. If we choose not to care for our bodies, we will get sick. This is a cause and effect we can understand. But in the case of much of the suffering in the world, well, we’re still searching.

Last, but certainly not least, Ehrman explores the answer called redemptive suffering.  This teaching looks at suffering as a temporary evil that prepares us for a greater good. Or that through one person’s suffering another person finds a greater truth. This point of view could cause nightmares. I actually find the author’s journey rather compelling. He tells how he first became challenged by the simple act of thanking God for his food. Why, he thought, should I be so special that God would feed me and let millions more die of starvation? What right do I have to such a special dispensation? What right do I have to be thankful for something that 850 million people in this world do not have? Especially when I live in a world where that is not necessary? In case you’re wondering, he actually does try to do something about it. If you are interested, his support foundation can be found here. I think, though, you get the point. A sensitive person may look at his or her relative comfort and feel something more deeply than a simple, “But for the grace of God, there go I.”

Now the thing I find interesting is the varied interpretation of these teachings of scripture, are all predicated on one assumption. That is that we understand what it is that God “is.” We based all of our assumptions on an all-knowing, all-seeing, all-loving Sovereign of the universe and then attempt to figure out how such a being could know everything, and love each and every one of us – and allow suffering. Therein we find the paradox. A paradox which arises from our own reasoning. A paradox that Job faced and just might have solved.

I recently read a book entitled God and the Philosophers. In an article by David Shatz, an orthodox Jew, there is a quote that goes something like this, God does not follow us around looking at each and every action in order to pass out spankings and lollipops according to our daily performance. A kindred spirit. Although I may see this somewhat out of context, I interpret some of Ehrman’s point of view as casting God in a domestic violence case. Someone who beats up his children for every infraction while sometimes not bothering to tell them what the infraction was, or perhaps because someone else needed to learn a lesson. This, of course, is not how I view a Sovereign deity at all.

I firmly believe that at the heart of the matter is our interpretation, our “assumption,” of what God is or does. I believe if we spend a little time with Job, if we “gird” ourselves and prepare to answer the questions put to us, we just might find some answers. They may not be the ones we want. They may, however, give us a better sense of what our place in this vast universe really is. I can tell you that I don’t believe it is crushed and groveling in the dirt.

I am always open to feedback and love to see your comments.  I will not approve attacks, rude commentary or baseless profanity. Other than that, I am on a journey, just like you, and I don’t mind being challenged. Thanks for stopping by. 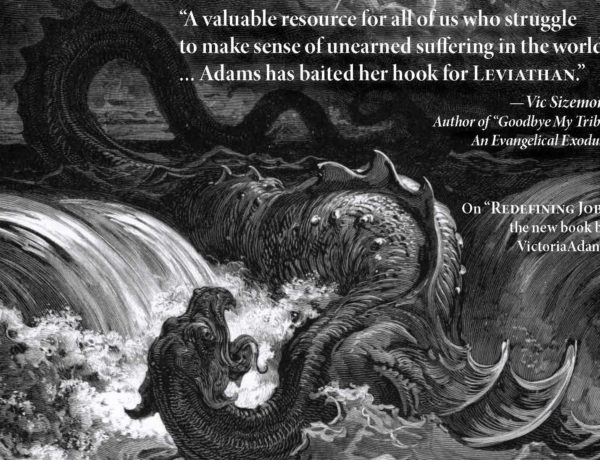 Book Review ~ Outsourcing During the Revolution

Book Review ~ A Different Side of History

A Moment of Discovery ~ The Art of Bob Salo